Premier League & La Liga 4/1/2021. Just the one game in the Premier League tonight. At 20:00, Southampton v Liverpool kick-off and you can watch the action on Sky Sports Main Event. Also at 20:00 in La Liga, Valencia v Cadiz. You can watch this fixture on La Liga TV (Premier Sports). 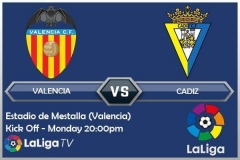 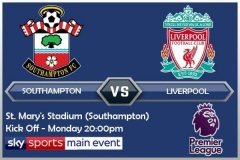 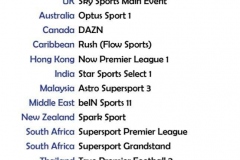 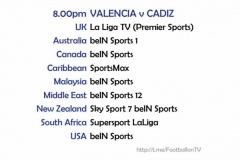 McCarthy, 31, who has kept seven clean sheets in 16 league games, is now self-isolating at home.

The Saints manager will himself be back in the dugout on Monday after a recent period of self-isolation.

“After the last round of tests, we have one positive case now with McCarthy, so he’s out for the game on Monday and maybe also the Shrewsbury game, as he has to self-isolate for a period,” said Hasenhuttl.

Liverpool defender Joel Matip is out for around three weeks with the groin injury sustained against West Brom on 27 December.

Thiago Alcantara could feature from the start, having impressed as a substitute on his return from injury against Newcastle on Wednesday.